With five more bodies recovered Tuesday, the death toll from the Uttarakhand glacier disaster has risen to 31, even as multiple agencies race against time to rescue about 30 workers trapped inside a tunnel at the Tapovan power project in Chamoli district.

Briefing the Parliament about the incident, Home Minister Amit Shah said the situation in Uttarakhand is being monitored round-the-clock at the highest level by the Centre and Prime Minister Narendra Modi himself.

Shah informed the House that as many as 197 people are missing and that the figures received from the state government may change.

The Home Minister said the rescue operation to evacuate people is going on a war footing, and that all-out efforts are being made to locate those missing. 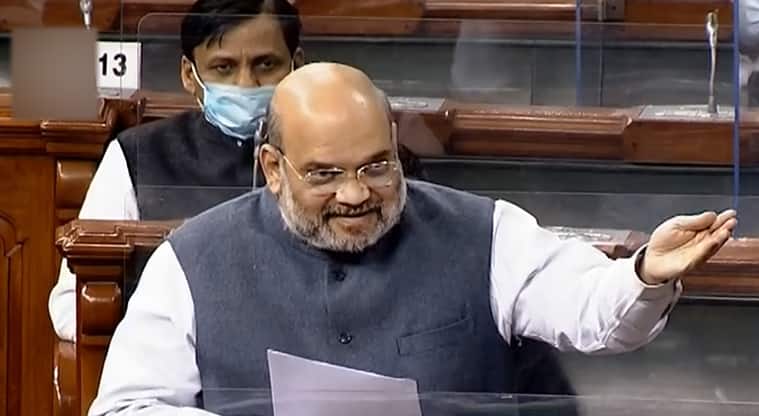 “I assure the House that the Centre is extending all possible assistance to the state government for relief and rescue work. The central government is working in close coordination with the state and all necessary steps are being taken,” he said in the Rajya Sabha.

Since a bridge was washed away in the deluge, 13 villages near the site of the incident have been cut off. Necessary supplies and medical assistance are being provided to these villages through helicopters, the Union Home Minister told the Upper House.

Rescue workers at the Raini village.

Shah also said that both the control rooms of the Ministry of Home Affairs are monitoring the situation and are providing all possible help to the Uttarakhand.

A glacial break in the Tapovan-Reni area of Chamoli District of Uttarakhand on Sunday led to massive flooding in Dhauli Ganga and Alaknanda Rivers, damaging houses and the nearby Rishiganga power project. Officials said rescue operations are centred around a 1,900-metre-long tunnel at NTPC’s Tapovan site, where at least 35 people are believed to be trapped.

Earlier in the day, Chief Minister Trivendra Singh Rawat, who reached Tapovan on Monday evening to oversee rescue efforts, undertook an aerial survey of the affected areas and also met with 12 workers who were rescued from the tunnel.

Talking to reporters, Rawat said that the priority is to get to those trapped inside the tunnel and save as many lives as possible.

“Undaunted, multi-agency security personnel are trying hard to make their way through the tunnel. Let us see how many lives we can save,” Rawat was quoted as saying by PTI. Uttarakhand Chief Minister Trivendra Singh Rawat meets the workers who were rescued from the tunnel.

Rawat also met residents of some of the disaster-hit villages.

UP CM deputes three UP ministers

Uttar Pradesh Chief Minister Yogi Adityanath on Tuesday sent a team of three ministers to Uttarakhand for better coordination with the state in carrying out relief works after the glacier disaster. 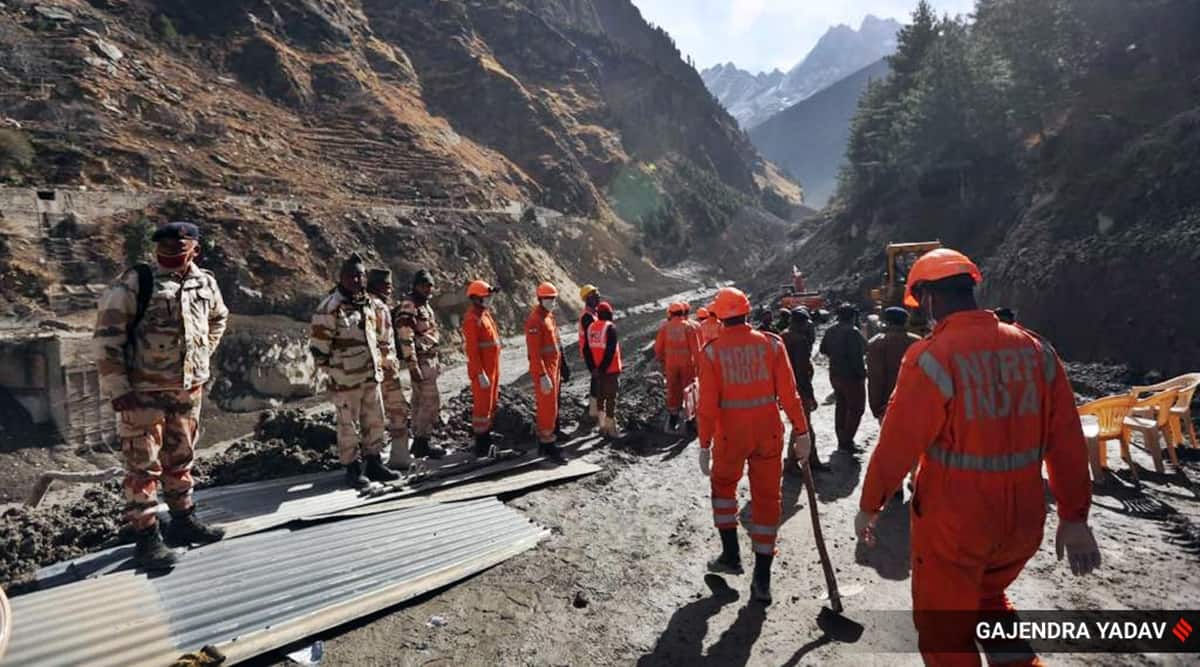 “The chief minister has made a committee of three ministers to visit Uttarakhand for better coordination with the state. The members of the committee included Suresh Kumar Rana, Vijay Kashyap and Dharam Singh Saini, who left for Uttarakhand on Tuesday,” an official spokesperson said.

Adityanath also constituted a team of officers led by Additional Chief Secretary, Home, Awanish Kumar Awasthi. A control room has also been established at the Relief Commissioners’ office, he said. Chamoli: Rescue operations underway at Tapovan Tunnel, two days after a glacier broke off in Joshimath causing a massive flood in the Dhauli Ganga river, in Chamoli district of Uttarakhand, Tuesday, Feb. 9, 2021. (PTI)

At least 70 people from Uttar Pradesh are feared missing in the glacier burst. Of the 70 people, 34 are from Lakhimpur Kheri district alone, PTI reported.

“In this hour of tragedy and crisis, the Haryana government stands with Uttarakhand, and every possible help will be given to the state to deal with the disaster,” an official statement from Khattar’s office said.