A Sriwijaya Air plane with 62 people on board lost contact after taking off from Indonesia’s capital Jakarta on a domestic flight on Saturday and rescuers said suspected debris had been found in the sea off the city. The Indonesian Navy has determined the coordinates and ships have been deployed to the location, Navy official Abdul Rasyid said. “The coordinates have been found and have been given to all Navy vessels in the area,” he told reporters.

The Boeing 737-500, en route to Pontianak in West Kalimantan, disappeared from radar screens after taking off just after 2.30 p.m. (0730 GMT). Indonesian Transport Minister Budi Karya told a news conference that 62 people had been aboard, including 12 crew.

Another official had said earlier there were 56 passengers and six crew. Bagus Puruhito, head of the country’s search and rescue agency Basarnas, said teams had been dispatched to search the waters north of Jakarta. No radio beacon signal had been detected, the agency said. Agus Haryono, another official with the agency, told Reuters that debris suspected to be from the plane had been found in the sea, but it had not been confirmed that it came from the missing flight. 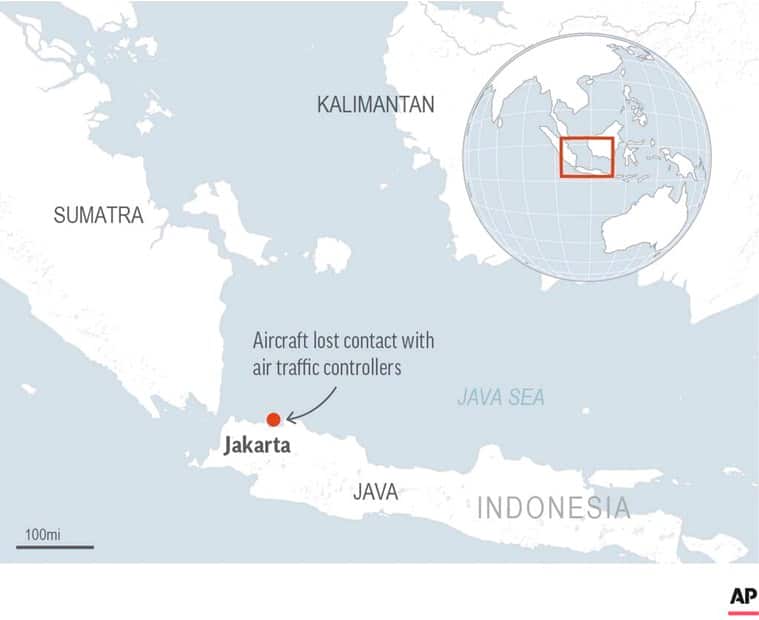 Reliable tracking service Flightradar24 said on its Twitter feed that Flight SJ182 “lost more than 10,000 feet of altitude in less than one minute, about 4 minutes after departure from Jakarta”.

Sriwijaya Air, an Indonesian airline, said in a statement it was gathering more detailed information regarding the flight before it could make a fuller statement. The nearly 27-year-old Boeing 737-500 was much older than Boeing’s problem-plagued 737 MAX model, one of which crashed off Jakarta in late 2018, killing all 189 people aboard the Lion Air flight. 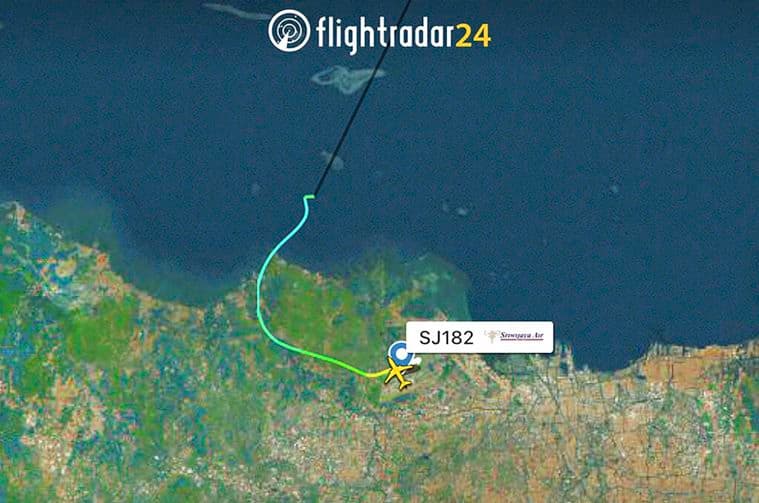 This radar image shows the flight path of Indonesian Sriwijaya Air Flight 182 before it dropped off radar, Saturday, Jan. 9, 2021. The Sriwijaya Air passenger jet carrying 62 people lost contact with air traffic controllers after taking off from Indonesia’s capital on Saturday on a domestic flight, officials said. (Flightradar24.com via AP)

Older 737 models are widely flown and do not have the system implicated in the MAX safety crisis. A Boeing spokeswoman said, “We are aware of media reports from Jakarta, and are closely monitoring the situation. We are
working to gather more information”. Indonesian television channels showed pictures of suspected wreckage.”We found some cables, a piece of jeans, and pieces of metal on the water,” Zulkifli, a security official, told CNNIndonesia.com. 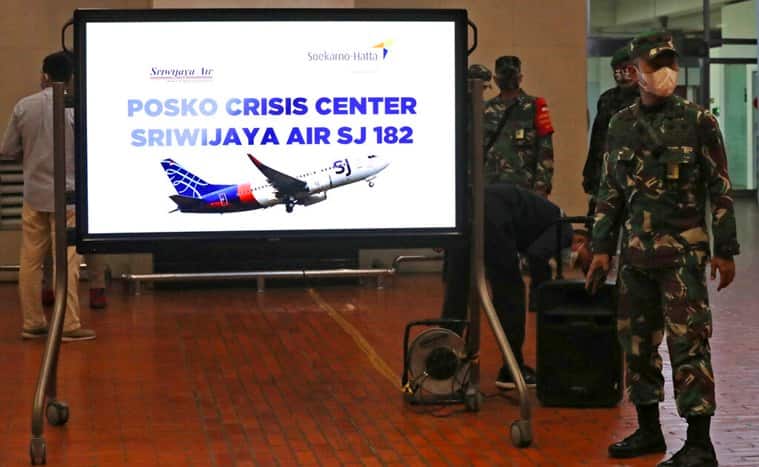 Indonesian soldiers stand near a crisis center set up following a report that a Sriwijaya Air passenger jet has lost contact with air traffic controllers after take off, at Soekarno-Hatta International Airport in Tangerang, Indonesia, Saturday, Jan. 9, 2021. The Boeing 737-500 took off from Jakarta and lost contact with the control tower a few moments later. (AP Photo/Tatan Syuflana)

Nurhasan, a fisherman in the area known as Thousand Islands, told local media that he and his crew had found several pieces of metal. It was raining at Soekarno-Hatta International Airport when the plane took off for Pontianak, around 740 km (460 miles) away. Video images from the airport showed pictures of relatives of the passengers in tears as they awaited news of what had happened. 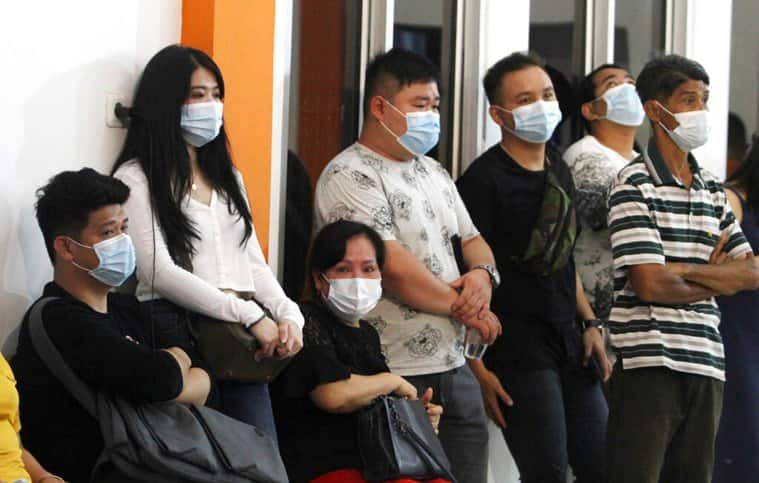 People wait for news on their relatives who are on board of Sriwijaya Air passenger jet that lost contact with air traffic controllers after take off, at Soepadio International Airport in Pontianak, West Kalimantan, Indonesia, Saturday, Jan. 9, 2021. A Sriwijaya Air passenger jet with 56 passengers and six crew members onboard, lost contact with air traffic controllers after taking off from Indonesia’s capital on Saturday on a domestic flight, officials said. (AP Photo/Helmansyah)

Rescue official Agus said 50 people were taking part in the search and that they would search into the night. Founded in 2003, Jakarta-based Sriwijaya Air group flies largely within Indonesia.The airline has a solid safety record until now, with no onboard casualties in four incidents recorded on the Aviation Safety Network database, though a farmer was killed when a Boeing 737-200 left the runway in 2008 following a hydraulic problem.

The Boeing 737 is the world’s most-sold family of aircraft and has undergone several makeovers since it entered service in 1968. The 737-500 is two generations of development before the most recent 737 MAX, which has been embroiled in a worldwide safety crisis following crashes in Indonesia and Ethiopia. It does not use the software system implicated in those crashes.Nonetheless, experts say planes such as Sriwijaya’s leased 737-500 are being phased out for newer fuel-saving models. Civil jets typically have an economic life of 25 years, meaning they
become too expensive to keep flying beyond that compared to younger models, but they are built to last longer.