That aura-acquiring triumph didn’t happen overnight. Neither did its secret sauce — the jaw-dropping bench strength that kept replacing the broken bodies stretchered out. Every X-ray scan of broken bones and disappointment was seamlessly replaced by ambitious fresh faces, ready for their spine-tingling tryst with history.

The blueprint for this feeder system was drawn up over the years. Talent scouts in state associations, national and junior selectors, coaches of ‘A’ and U-19 teams, the national team’s think tank, domestic cricket, and the confidence-boosting IPL — together they made up Indian cricket’s new ecosystem.

The BCCI’s structure, which is democratised, professionalised, and even if occasionally compromised, came together to feed the national team with talented players who were mentally, physically, and skilfully ready to take on the world. 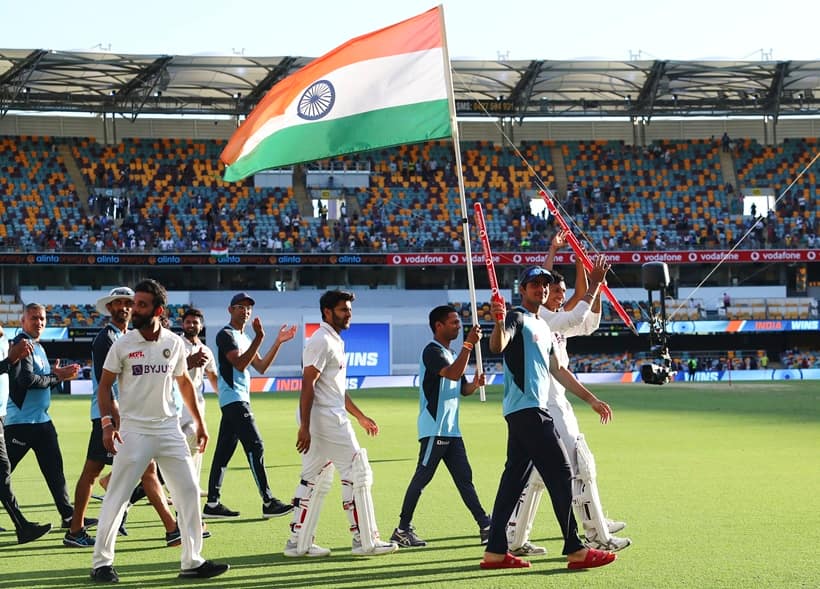 “Ha ha, unnecessary credit, the boys deserve all the praise,” was Dravid’s reply when The Sunday Express reached out to him. The message, with a smiley and a thumbs-up, wasn’t just a typically modest one but an honest one. To give credit to a few is a disservice to the rest, as the system is more than the sum of its parts. It needed the dreams and persuasion of parents and mentors, insane levels of self-motivation from players, some luck, and a lot of foresight — and it needed a system to fall in place.

“How many people told you they had first spotted Shubman Gill?” laughs W V Raman, a former India player who has coached the India A and U-19 teams, was the batting coach at the National Cricket Academy (NCA), and is currently with India Women’s team. “But they are not lying!”

What Raman means is that in a country as large as India, in a sport as coded in our DNA as cricket, it would need multiple pairs of talent-spotters to push a player through.

Jatin Paranjpe, whose four-year tenure as national selector ended last November, remembers a morning in Pune before a Test match against South Africa in end 2019. The opener Gill, who is now seen as the next big Indian batsman, was batting against the fastest Indian thrower in the nets, Raghu, a support-staff member who loves harassing batsmen with his pace from the slinger-tool.

For each of the players, the journey from boy to manhood is hastened by having what is termed as shadow tours — before the national team goes overseas, the A team is sent to the same place.

“So, Raghu bowls a pacy one, and Gill, who is batting at centre square, pulls the ball, which takes off at a low trajectory from his bat and goes like an outswinger to hit the upper row seats at the Gahunje stadium. One of my evaluation points is who plays Raghu best, and until then, it had been Virat (Kohli). Guess what, it was Gill after that session,” says Paranjpe.

He recalls one of the many “jumbo” meetings with all the stakeholders involved ahead of a key series — Shastri and the team management, Dravid and his coaches at A and U-19, and the selectors — to “understand what kind of culture the Indian team management wants to build”.

“Virat Kohli is a logical thinker, he comes prepared with all numbers, so we need to be prepared. As selectors, we need to know what a certain player has done one year ago and against which team. If you can convince Virat, he agrees,” he adds.

The selectors listed players with potential — Priyank Panchal, Vihari and Avesh Khan, to name a few — and each one of them had to watch a player from the list over the next one year. “We had to go and see that player multiple times during the year. What this does is, we get to see them in different situations and different people are seeing them. All these opinions converge, and the best solution comes out of it,” says Paranjpe.

The individual experience of the selectors kicks in at this point. Like was the case with Vihari and Paranjpe.

“I have seen Vihari since his junior days. I had gone to see one Mumbai vs Andhra game in Ongol and he scored 160 runs. The way he controls the game and the way he leads, I called M S K Prasad and told him that this guy is ready. He should play international cricket,” Paranjpe says.

For each of the players, the journey from boy to manhood is hastened by having what is termed as shadow tours — before the national team goes overseas, the A team is sent to the same place.

Says Paranjpe, “Before such tours, the support staff of the Indian team, A team, U-19 team, selectors, and Dravid discuss which bucket of players we want to concentrate on. The performances in the Ranji Trophy matter in the selection of the A team. Mayank Agarwal and Vihari were picked from there. The A teams have a great guy like Dravid working with them, from where they go to someone as good as Shastri in the national team. It’s a seamless transition.”

Trained professional eyes watch not only the India nets but all domestic matches. The big pace find of this Australia tour, Mohammad Siraj, owes his place in the side to Indian bowling coach Bharat Arun, who noticed him at the IPL nets in Hyderabad a few years ago. Others too began noticing him. “During the last trip to Australia, in end 2018, I remember we discussed him a lot in our selection meetings,” Paranjpe says.

They couldn’t fit Siraj in then, but he grabbed his chance this tour, displaying the maturity to bowl to the team’s leg-trap plans, reverse the ball when necessary, and even call out racism — over and beyond what one would expect from a debutant.

Washington Sundar, who went from being a net bowler to a game changer in the final Test at Brisbane, might have surprised many, but he has been on the selectors’ radar, even for Tests, since 2019 — both for his bowling and batting.

“He wasn’t playing for Tamil Nadu state team but we knew he could be lethal down the order. I had seen him at local Tamil Nadu league games and knew he is highly rated. He has a batsman’s mind. He knew if he played 100 balls, the match would turn. Only a batsman can think like that,” Paranjpe says.

A former player, a coach and a commentator, who wishes to be anonymous, too had a hand in spotting Sundar the bowler. He ran into Sundar at a U-19 camp and asked him, “What do you do, Waashi?”. He said, “Sir, I bat, and occasionally bowl.” Already impressed with his batting, the coach got him to bowl for a short while and, at the end of it, told him, “From today, after you finish your batting and fielding, hit the bowling nets.”

Brisbane:India’s Washington Sundar bats during play on day three of the fourth cricket test between India and Australia at the Gabba (Source: AP)

Another Brisbane hero, Shardul Thakur, too didn’t just emerge out of Palghar one fine day to play for India. Along with various opportunities provided by his state association and IPL, he talks about the influence of India A on his growth.

“We play against those who are either in contention for their spot in the national team or even a few who have already made their names internationally. In our team, we share a dressing room with the likes of Virat Kohli, Cheteshwar Pujara, Ajinkya Rahane, Shikhar Dhawan, so the learning is huge,” Thakur tells The Sunday Express.

It’s the same for Vihari. “India A tours play a huge part because the gap is reduced. Also IPL… Rahul sir was the coach in many A tours. He is someone who doesn’t say a lot and does not ask me to make too many changes in technique. Instead, he has instilled discipline and focused on the mental aspect of the game. So those tours have helped me,” says Vihari. Mentored by Rahul Dravid, a generation of young cricketers have made a smooth transition to the senior side.

“Dravid gave us a free hand,” says Thakur. “He told us, ‘Make your own plan and play, but stick to your plans’. He would also strictly evaluate our performances after each game. He would also ask us to rate our own performances.”

Raman zooms in on a crucial element brought in by Dravid. “He took out winning and losing from these A and U-19 games. He made it clear that it’s about exposure, giving a chance to all kids over a tour. So everyone knew that they would be getting chances, and could improve their games,” he says.

The ways of training too changed, with facilities available to the national team being made accessible to the juniors.

Holiday or no holiday, the one thing that is a constant in actor Sara Ali Khan's life is her fitness routine. On Friday, she posted a video doing aerial yoga.