It is often said that getting a tattoo is a way of expressing who one is and what they would like to identify with. In fact, COVID or not, tattoos during Indian festivities are gaining increased popularity these days, if tattoo artists are to go by.

“Despite the pandemic, the loyal art lovers are coming to get inked this Navratri. There is always a rise among women to get inked during Navratri as a form of flaunting the body art and spreading the message of equality and women empowerment to the society by getting tattoos of Goddess Kali & Durga which represent power, harmony, and strength. Religious/spiritual tattoos are a symbol of faith and good luck for many to stay positive and believe that supreme power is there to protect them from the evil,” explained veteran tattoo artist, Lokesh Verma, founder of Devilz Tattooz.

ALSO READ | Planning to get a tattoo? Things you should know before getting inked

Agreed 22-year-old Shraoshee Majumdar from Thane, who recently got inked. “I’ve always been obsessed with Ma Durga, and being a Bengali, it’s just in me since my birth. I was born on Ashtami, the most important day of Durga Pujo and hence, she holds a very important part in me. For me, Ma Durga is the epitome of power. She is the creator as well as the destroyer of the universe. She can be subtle and aggressive at the same time. I bow down to her,” Majumdar, who is pursuing MBA, told indianexpress.com. 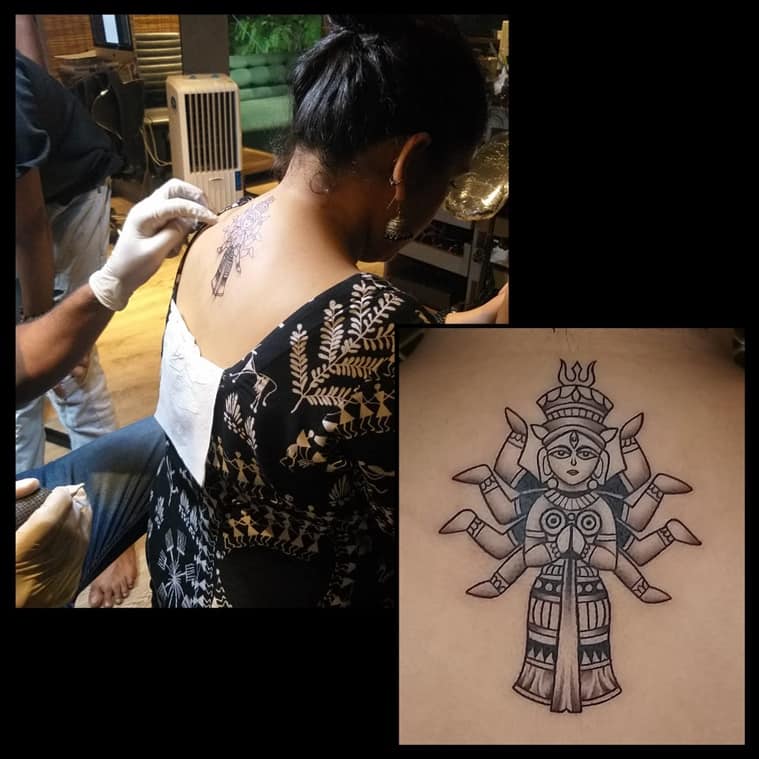 Why is there the craze?

While people are keen on getting tattoos that signify the importance of their tradition with a combination of ideas that are an extension of their personality, it is now becoming a style statement, something they would like to “happily flaunt”.

What are the kinds of popular tattoo designs?

Tattoo designs in the form of images, symbols, sacred words, etc. to dedicate love for Goddess Durga are popular.

“While the women have been getting tattoos that are inspired by or directly related to the Mother Goddess Durga, or traditional tribal tattoos like rabari, decorative henna-like tattoos; the men either get bigger tattoos done that depict the story of the Ramayana or the victory of good over evil. The most relatable tattoos are those of Goddess Durga, Ravana, the symbolic representation of the trident or Trishul, the lotus flower that signifies purity and harmony, and the tiger/lion tattoos that signify power and strength,” said celebrity tattoo artist, Vikas Malani, founder of BodyCanvas Tattoos. 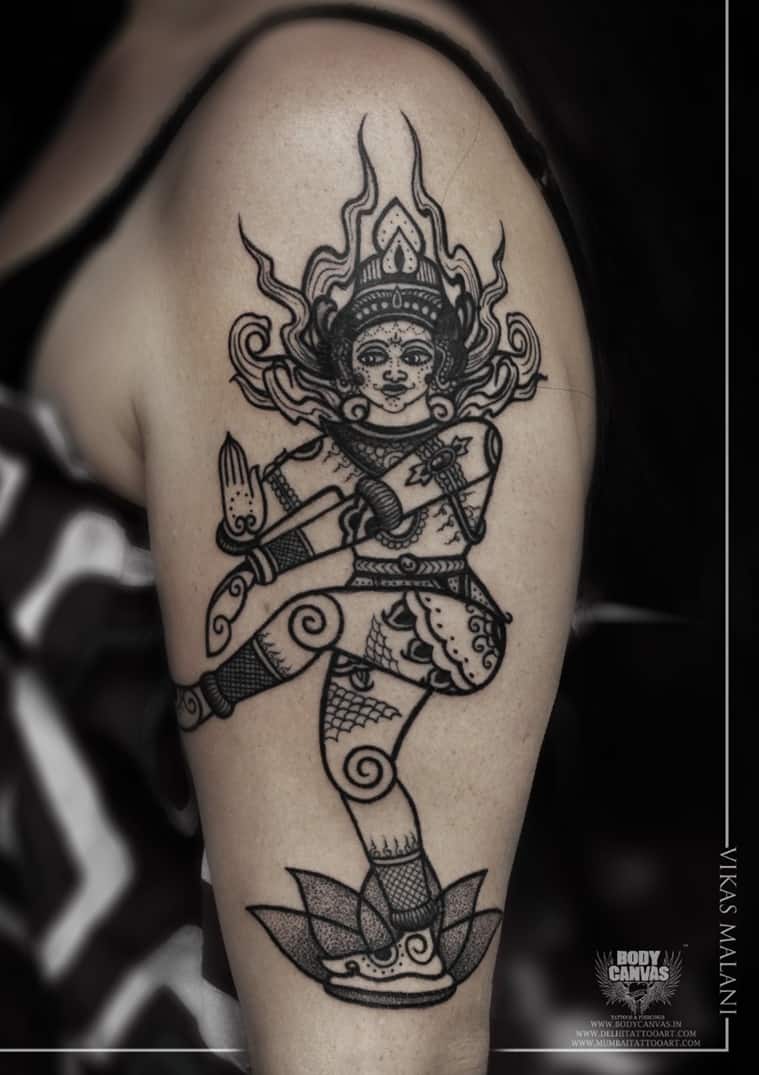 International artist, Micky Malani, co-owner of BodyCanvas Tattoos added, “While some get colour/black and grey tattoos done of the beautifully fierce eyes of Maa Durga, some women also like to get ornamental tattoos done like that of an anklet/bracelet that compliments the overall get up of their Navratri outfit. A few couples also come together to get tattoos done that represent the bond they share along with some cultural/traditional touch.”

Neha Kakkar ties the knot with Rohanpreet Singh in Delhi

Sofia Vergara is the latest celebrity to launch a beauty brand