A few months back, a photograph from 1965 surfaced on social media platforms, and within minutes, it went viral. It had four beautiful people, posing on the red carpet at that year’s Berlinale (Berlin International Film Festival), at which Satyajit Ray’s period classic Charulata won the Best Director prize, and Madhur Jaffrey received the Best Actress for James Ivory’s Shakespeare-wallah, whose music was scored by Ray.

In the frame, flanking Felicity Kendal and Jaffery, resplendent respectively in gown and sari, were two very swish gentlemen: Shashi Kapoor in a sherwani, and Soumitra Chatterjee in a bandhgala, competing equally on the dapper-and-debonair stakes. The clean-cut Kapoor’s dimpled charm was a familiar thing, but it was Chatterjee, a cigarette held to his lips, looking impossibly handsome, who took our collective breaths away. It was hard to believe that this glamour-oozing Chatterjee was the same person we had grown up watching, perfectly embodying the everyman in film after film.

The thing is, Chatterjee himself may have quirked a disbelieving eyebrow at that red-carpet look, as he was convinced he was ‘not very photogenic’. Whether that was a forgivable conceit of a legendary actor revered by legions of fans, or that he genuinely believed himself to be ordinary looking, was never contested, because it came from a man whose sincerity was never in question. Right from his 1959 debut Apur Sansar, the final part of Satyajit Ray’s iconic Apu trilogy (after Pather Panchali and Aparajito), Chatterjee’s quality of sincerity was his most abiding trait, and it held him in solid stead through his career.

Of course, it had to be Ray who gave Chatterjee his first film. Between the two men, there was a startling similarity of thought, which they built upon with each film. The director with an unerring eye for creating instantly believable landscapes and characters, needed a leading man who matched the setting, and in Chatterjee, Ray found exactly who he was looking for. Their long, fruitful collaboration resulted in 14 memorable features, which include, apart from Apur Sansar, Charulata, Ghare Baire, Aranyer Din Ratri, the Feluda films (Sonar Kella and Joi Baba Felunath), Ashani Sanket, Hirak Rajar Deshe and Ganashatru, among others.

From Express Archives | Ray was possessive of me, like a father is of his son: Soumitra Chatterjee

Watching Apur Sansar today, nearly 60 years after it was made, is a gift. It gives us a director starting his journey of being in perfect sync with his actor, through the discernible rhythms they set up. In ‘My Years With Apu’, Ray writes about how he passed on Chatterjee, then ‘a radio announcer but with an intense interest in acting’, for the adolescent Apu in Aparajito because he looked ‘too old’. “He was then 20 and just out of college, so I sent him away. Then I sent for him again, and offered him the lead role in ‘Apur Sansar’.” An early scene, in which the penniless, jobless Apu is using a fly-flecked mirror on a wall to shave, is done with economy: a landlord demanding his dues enters the frame, Apu fends him off; the landlord leaves, snapping off the light-switch; Apu walks up to the door, switches it back on, greeting the light with the faintest hint of smile. Round one, to Apu. 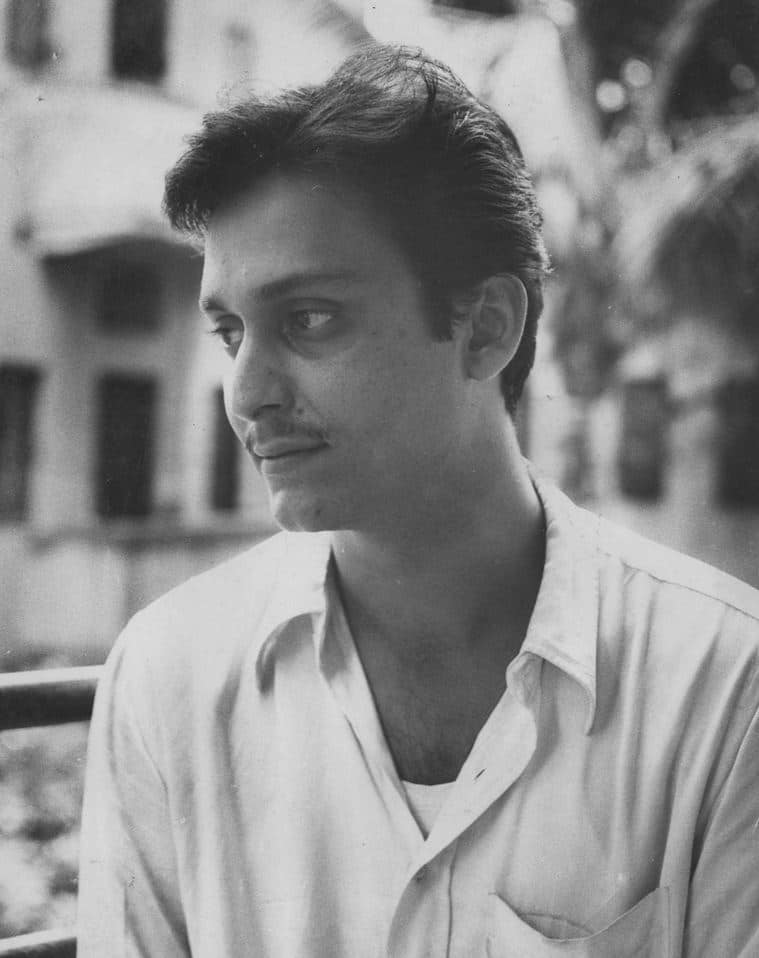 This playfulness was part of Chatterjee’s arsenal, especially when essaying the part of Feluda, the beloved sleuth. We see Chatterjee donning a series of outlandish disguises, sporting patently false-looking beards, and solving quirky cases with the help of his two faithful associates, and it is all a lot of fun. In a very different film, Aranyer Din Ratri ( 1970), where he is one of four young men, clearly the most sophisticated in his spiffy dark shades, this streak shows up again, most clearly when he is trying his luck with the lovely Sharmila Tagore in her very up-to-the-minute bouffant up-dos and cat-eyed liners.

Chatterjee’s own deep sense of innate decency seeped into some of his most complex characters, especially in his playing of Ray’s interlopers, who act as disrupters in the households they enter, more so in Charulata, than in Ghaire Baire. Both are chamber pieces based on works of Rabindranath Tagore, both look at the upliftment of women, and in both Chatterjee shows up as the third wheel. As the youthful, poetry-loving Amal, who has much more in common with his sister-in-law Charulata, than her husband, and as the revolutionary Sandip in Ghare Baire, who attracts his best friend Nikhilesh’s wife Bimala, with his fiery ideals and animation, both characters are shown stepping into forbidden territory, but neither crosses the line.

Soumitra Chatterjee (1935-2020): A pictorial tribute to the legendary actor

Chatterjee worked with a clutch of other respected directors too: in Mrinal Sen’s Aakash Kusum ( 1965), he is a middle-class executive trying, duplicitously, to better his station. In Tapan Sinha’s Kshudhita Pashan (1960), based on a Tagore story, he plays a tax collector posted in a small-town, grappling with haunted building, and old wives tales. And, yes, he has famously sung-and-danced too, in Teen Bhubaner Pare (1969), directed by Ashutosh Bandyopadhyay: that lilting song “Jiboney ki paabo na” invariably finds its way into any boisterous guitar-strumming-sing-along get-togethers even today, and not just in Bengali households. But there was no doubt in his mind, as well as ours, that his work with Ray is what gave him wings, and that’s the body of work we remember him most for. There was just one role that got away from him, though: he didn’t get the coveted lead in Nayak, which went to Uttam Kumar, whose pole position as Bengal’s hugely popular star remained unchallenged by Chatterjee’s strong but quieter presence. If you had to cast someone whom delirious young women would throw themselves at, whom would you choose? Ray was right to opt for Uttam Kumar as the charismatic matinee idol, and though Chatterjee always claimed he understood why, his words were laced with a tinge of regret.

Chatterjee’s long years as a performer, both on stage (he was in theatre before he came to the movies, and continued right through) and on screen, were studded with awards: two National awards, the Padma Bhushan, the Sangeet Natak Akademi, the Dadasaheb Phalke award. He was also the first Indian actor to receive the French Legion of Honour. But he wore his honours lightly, and continued to work, in some films which were good, some not-so good. In 2015’s Belaseshe, a high-on-melodrama family drama, he was the marquee name along with his Ghare Baire co-star Swatilekha Sengupta. When asked why he did certain films, he would say, with grace, that he was just doing his job: acting, after all, is a great deal of jobbery. And that’s what he was, an actor at work, right till the end.

Ira Khan shares advice she received after opening up about depression